We sat down with Diana Lobb, director of our upcoming production of Blood Relations, to talk about the show and her vision for it.  In this post she talks about Lizzie Borden, both the historical person and the character in the play.

Andrew and Abby Borden are found brutally murdered — axe-murdered — in their home.  Within a few weeks, their youngest daughter Lizzie is arrested; the case goes to trial, and Lizzie is acquitted.  That’s the nugget of history that forms the basis for the play.

The play looks at ten years after the murder and the trial.  Lizzie is in conversation with her alleged lover the Actress (based on Nance O’Neill), with the Actress trying to goad Lizzie into telling her if she did it or not.  It becomes a game where the Actress steps into the role of Lizzie and steps through a day in Lizzie's life, leading up to the murder.  And in the end it’s, “did you do it, Lizzie?”… but it’s the Actress who’s holding the axe, so Lizzie tells her: “no, you did”.

It’s a play within a play: Lizzie Borden’s life as the Actress imagines it.  Lizzie coaches the actress into the role of Lizzie, and then sets the background; it becomes a story of how Lizzie would have reacted — because the two are very close — but it’s also how the Actress gets caught up in the action.  So the line between what is Lizzie and what is the Actress — and what is any woman’s reaction, any person’s reaction to these circumstances — becomes more and more blurred as the play goes on.

In some ways the Actress is our — we as the contemporary audience — our hold into this world.  How would we react to that environment?  I would argue that we as women in the 21st century still live in golden cages, but the bars aren’t as obvious.  What would we do if we couldn’t avoid looking at the bars?  What would that do to us?  What would that make us do, to escape?  And I think it’s through the Actress, as someone who’s portrayed as someone who’s not as constrained, not as habituated to that silken imprisonment, that we have our guide into this world.

The persistence of Lizzie Borden

Blood Relations isn’t the only retelling of the story of Lizzie Borden in recent memory: there’s been an opera, a punk-rock opera, books, TV shows, true-crime mysteries, fictionalizations… There’s a movie that’s coming out this fall, that works through a different theory of the crime than Pollock’s — namely that Lizzie conspired with the housemaid Bridget, with whom she was in a relationship.  Really there are many theories of the crime; but it’s interesting that after Lizzie was acquitted no one else was ever arrested for, or charged with, the murders.

The play itself introduces multiple theories of the crime through Lizzie’s attempts to deflect.  There’s also the question of what role the older sister Emma played: she was absent from the house at the time of the murders, but did she come back and commit them?  Had she and Lizzie conspired to commit them?  So yes, there’s no clear statement of what had gone on.  Because in some ways the murder is just a situation for Pollock to look at how damaged people can become through this sort of game of prisoner and imprisoned, prisoner and guard.  That’s how she characterizes patriarchy: everyone ends up being a prisoner, but some prisoners are also guards.  And how destructive it is to the individual — it can be catastrophic, and then that plays back to how the individual can disrupt and damage the system.

The murders and the trial were certainly sensationalized in the media of the day.  It wasn’t the idea that a woman could be a murderer; it was the brutality, the violence of the crime.  We expect woman murderers to be poisoners, more genteel somehow, but this was quite horrific.  They brought the skulls of the victims into the trial, and Lizzie on the stand swooned; you can see newspaper covers of the day title it “the swoon heard ‘round the world” with drawings of Lizzie swooning as the skulls were displayed in the courtroom.  And when you see the evidence photographs of the defleshed skulls… whoever took an axe to these people meant business.  There is massive, massive destruction to the heads of both of them.  Andrew Borden — his eyeball was sliced in half, so they were quite convinced that he was asleep when it happened.

So it was a brutal, bloody crime.  And I think the horror was that a woman could be that violent, could be also that strong.  As long as women would commit socially acceptable murders, OK, but that was the social horror of it: that women can be as violent and as destructive as men.  They’re not pretty little things to be kept in cages.

To my mind a lot of the hysteria around this case was an attempt to create Lizzie as an exception, an aberration: it’s not all women, it’s this one defective.  And maybe that’s what’s kept it alive and all focused on Lizzie — the song isn’t about how anyone else took an axe.  It’s all been very focused on Lizzie.

Lizzie and the Actress: a portrait of a dysfunctional relationship

From the modern perspective, people have imputed Lizzie’s same-sex romantic relationships — with Bridget in the upcoming movie, with the Actress in the play.  At the time it wouldn’t have been understood that way: the idea that women could be sexually attracted to other women was outside of the realm of possibility.  At the time men were still assuming that women didn’t like sex at all: the “Agnel in the Household” and all that.  It would have been seen as enormously aberrant — another way to make Lizzie seem beyond the pale. 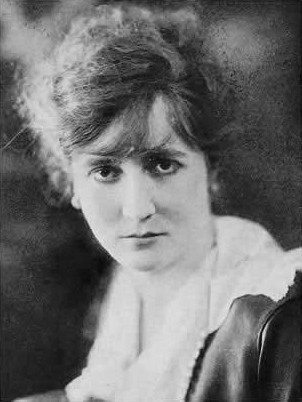 In the real world, it was Nance O’Neill (fictionalized as the Actress) who came between the two sisters: after the trial, the sisters bought another house in town and continued to live together.  But after Lizzie threw a party for Nance O’Neill, Emma left the house the next morning and the sisters never spoke again.  There’s no record of what the sisters fought about, but there’s the clear implication that it was something about Nance O’Neill.

In the play, though, that it’s same-sex desire is not set as being to be marvelled at.  Lizzie is in a relationship with another person; that person happens to be a woman.  What’s more interesting about the relationship is how dysfunctional it is in the play.  Lizzie is desperate to be loved, desperate to have someone see her, love her.. but she doesn’t trust anyone, she can’t trust.  So she desperately wants this other person to love her but she doesn’t quite trust her, and that’s an almost impossible situation.  On the other side you have the Actress who is fond of Lizzie but doesn’t really love her; sees her as a stage-door Jane.  It happens to be a relationship between two women, but what’s more important to the narrative is how dysfunctional it is, and dysfunctional in part because of how damaged Lizzie is.

There are no new auditions scheduled yet. Check back again soon or have a look at the calendar for other events.
blood relations show title of show 80th Season Hunting Cockroaches 2015-2016 virginia workshop hamlet auditions main stage 2014-2015 Season staged readings lost and found artistic process march madness Who's Afraid of Virginia Woolf who's crazy now battle of the bards Cinderella END_OF_DOCUMENT_TOKEN_TO_BE_REPLACED

The registration page for KWLT's AGM is now live and available via Facebook, kwlt.org, and at kwlt.eventbrite.com. There is no cost for tickets to the KWLT AGM. Registration will help us to set-up the meeting in an on-line environment..


Check Events for a full listing.
Tweets by kwlt